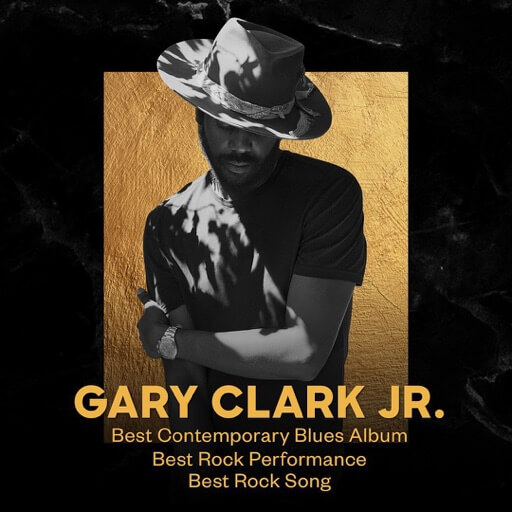 Clark also performed an absolutely electrifying version of his award-winning single “This Land,” backed by The Roots at last night’s Grammy ceremony. Clark also added some dazzling lead guitar for the allstar finale performance of “I Sing The Body Electric.”

Clark was originally nominated for two GRAMMY Awards® in 2014, and won his first GRAMMY® Award for Best Traditional R&B Performance that same year for “Please Come Home,” from his debut Warner Records album, Black And Blu.

As previously announced, Clark will also be among the performers foSr “Let’s Go Crazy: The Grammy Salute To Prince.” The special will feature a lineup of all-star artists paying tribute to Prince's unprecedented influence on music. The CBS Special airdate will be announced soon.

On February 6th, Gary Clark Jr. along with the Dixie Chicks will perform at ACL Live at the Moody Theater in Austin, Texas as part of the Voices For Justice fundraising event presented by Proclaim Justice. Proclaim Justice, Inc. is a 501(c)(3) dedicated to winning freedom for inmates who are factually innocent of the crimes for which they were convicted. Proclaim Justice was founded by Jason Baldwin and John Hardin. Jason Baldwin is one of the men known as the West Memphis 3. The pair now advocate for others who have been wrongfully convicted, as well as how to affect policies that will help prevent future wrongful convictions. Proclaim Justice is the result of those dreams and conversations. For more information about ProclaimJustice, visit: https:// proclaimjustice.org.